Blog: Sailing Towards a Plastic-Free Ocean 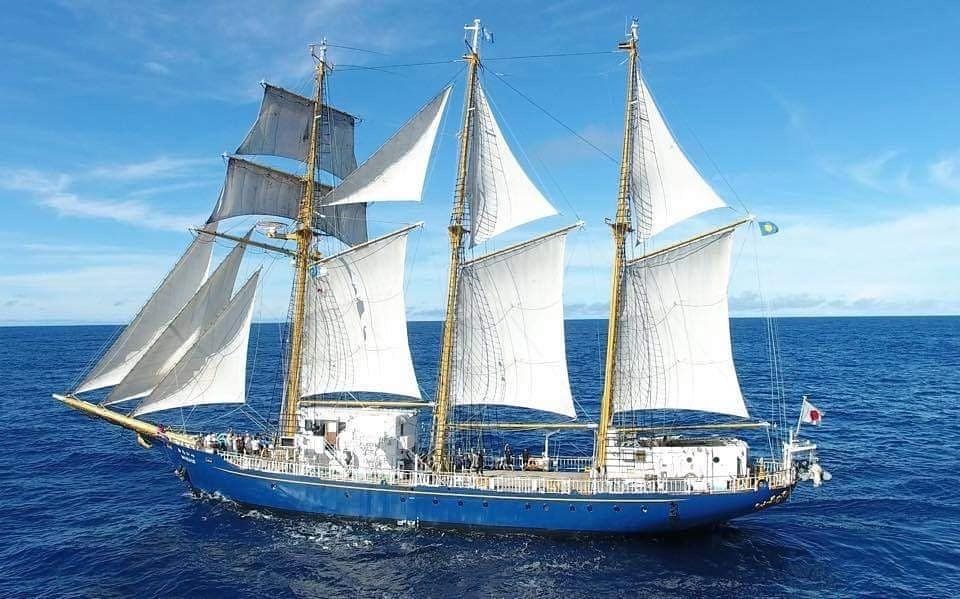 On the 29th of December 2019, Sanae Chiba (Japan Agency for Marine-Earth Science and Technology), Yurie Seki (YAMAHA), and I (Associate Programme Officer, UNEP-WCMC) set off on a 17-day sailing voyage from Yokahama, Japan, to Joror, Palau. We were onboard a sail training ship called 'Miraie' along with students and their parents from Palau.

This voyage was part of the Sailing Towards a Plastic-Free Ocean project, a collaboration between the Japan Agency for Marine-Earth Science and Technology (JAMSTEC) and the UN Environment Programme World Conservation Monitoring Centre (UNEP-WCMC), which took place alongside the Japan to Palau Goodwill Yacht Race. This was timely, especially given the launch of the UN Decade on Ocean Science next year.

Our mission was to help to gather more data about microplastics in the western North Pacific Ocean, alongside running an education programme for young people aged between 8-13 years old.

We also hoped that, as a group of three female scientists, we could be positive role models and demonstrate that ocean science is for everyone. 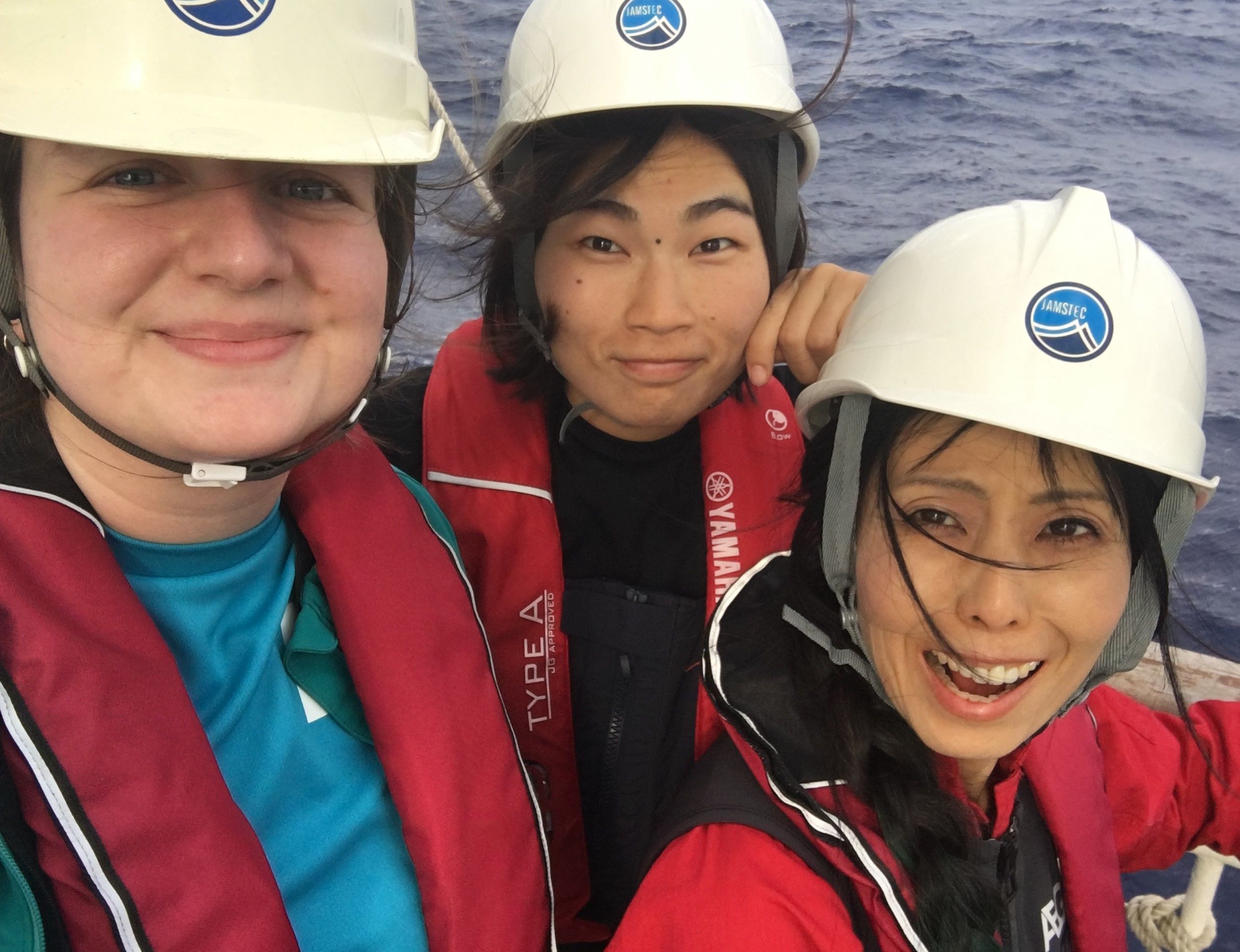 Marine plastic pollution has grown as a public concern in recent years. It is one of the major environmental issues facing our planet; plastic pollution affects marine life right across the globe, from the polar extremes to the coral reefs. Yet, we still don't know enough about how marine plastic flows, where it accumulates, and how long it can last. It's estimated that there are 45 million tonnes of plastics in our ocean, but we only know the location of around 1 per cent.

Our role was to gather data on microplastics (plastics under 5mm) in the western North Pacific Ocean. It's expected that there's a high volume of microplastics in the area, because of the location of a gyre (a large circular current) south of Japan, where microplastics may gather in greater density. However, this is an area where marine plastics data is still scarce, so this is important data to collect.

We used two approaches to sample the microplastics during our journey. We used a semi-automatic sampler for continuous sampling of microplastics smaller than 300 micrometres; one was installed on 'Miraie' and another on 'Trekkee', one of the yachts taking part in the race. Daily samples of plastics larger than 335 micrometres were collected using a Neuston net. A Neuston net is pulled behind a research vessel and is often used to collect plankton; in this case, we used the net to collect microplastics. 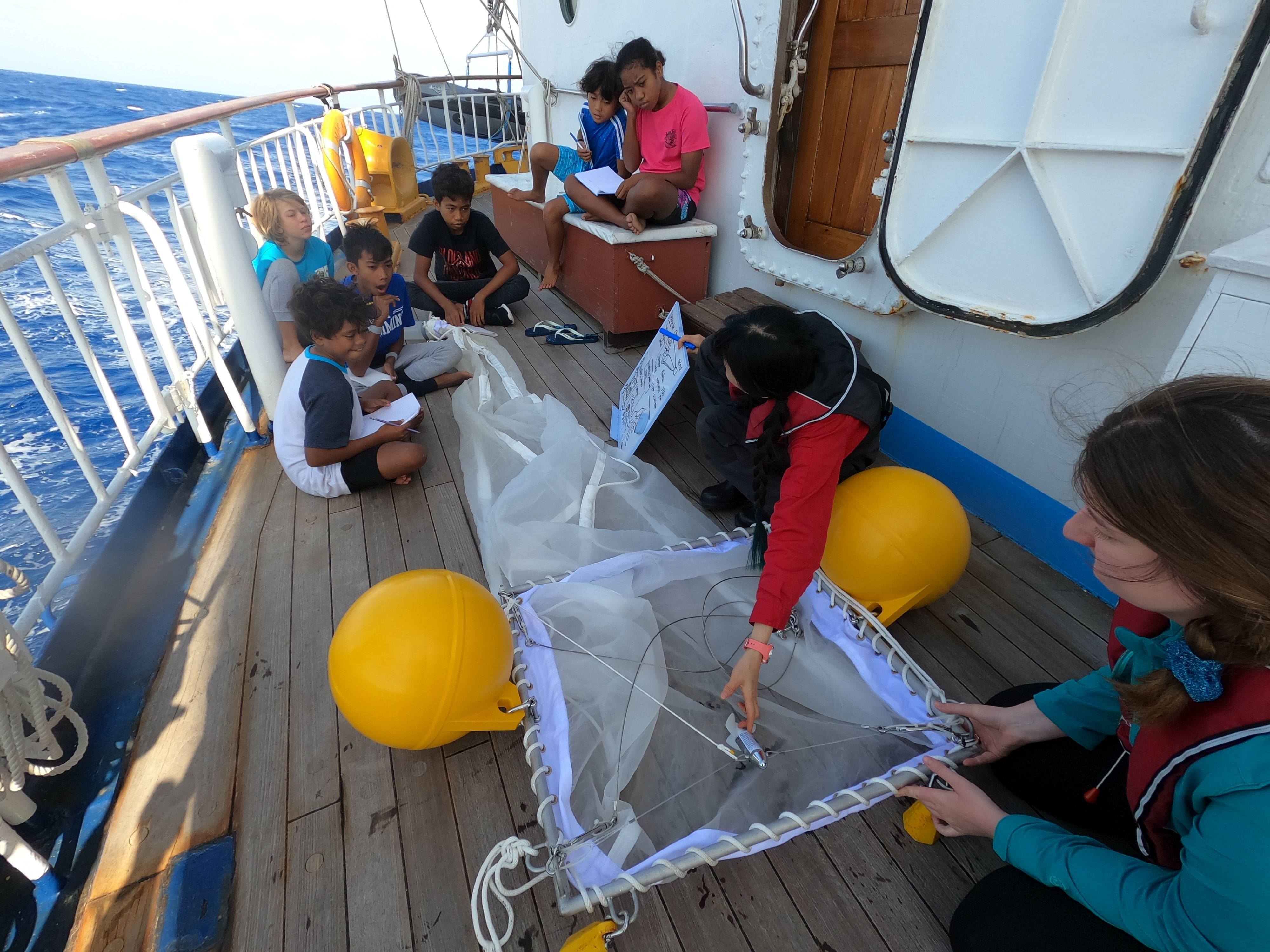 Alongside this work, we also delivered a tailored Ocean Literacy programme onboard 'Miraie' for children and young people between 8-13 years old. Ocean Literacy is about developing an understanding of how the ocean influences people, and how we influence the ocean.

The programme used visual- and problem-based learning to give an introduction to ocean conservation, including key issues like climate change, marine pollution and over-fishing. The children also gained a good understanding of the research work we were undertaking onboard. We focused on positive steps and practical solutions, and the course was a great success. 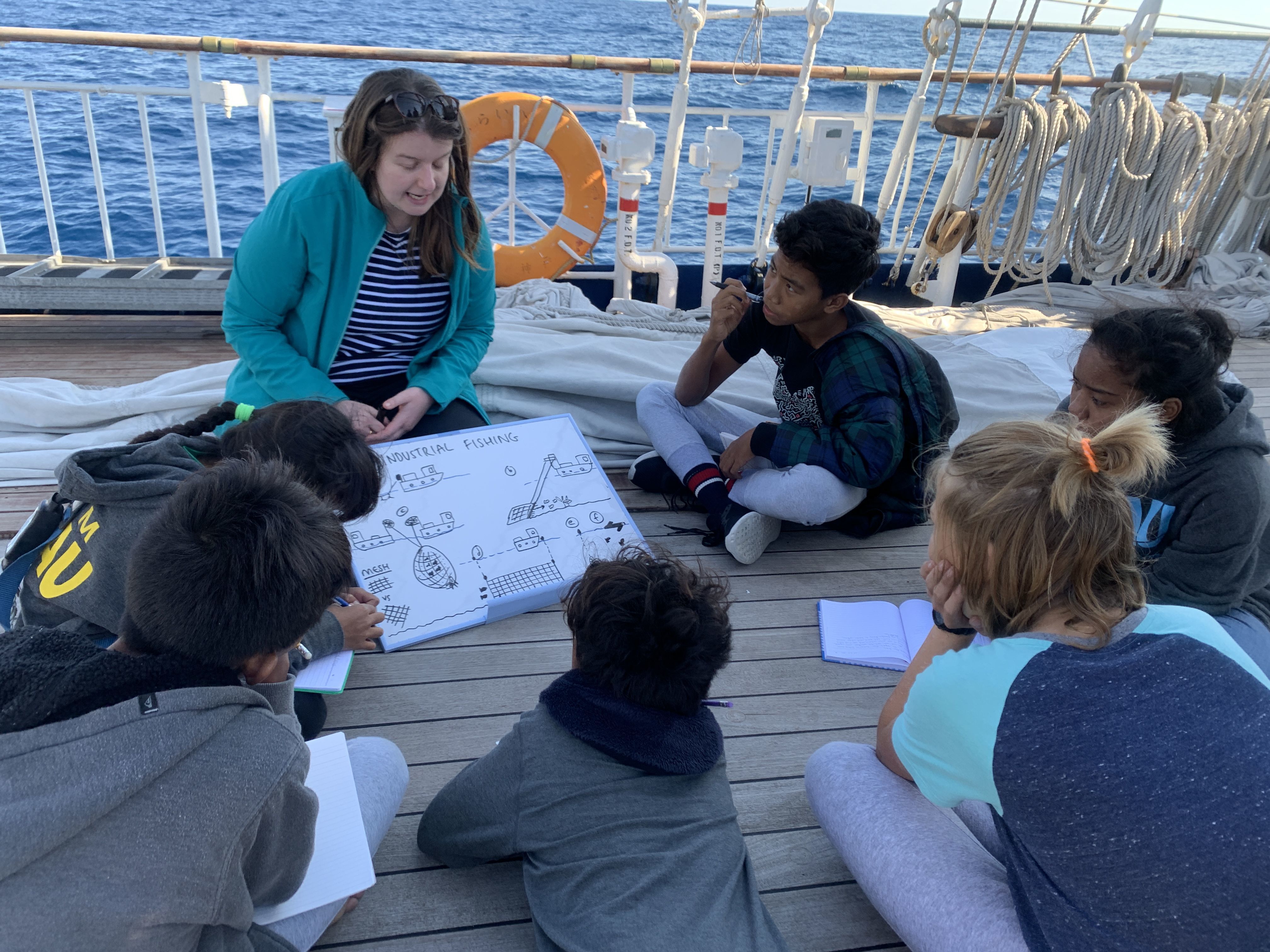 Over the next few months, the data we collected will be analysed in depth in a lab at JAMSTEC. The preliminary findings are fascinating, with the highest density of microplastics found off the coast of Japan and densities near the coast of Palau, particularly in a marine protected area, being far lower. The full results will be published later this year, and this data will increase understanding of the status of microplastic pollution in the western North Pacific Ocean.

The Sailing Towards a Plastic-Free Ocean project officially concludes today, but I'm confident that it will continue to have a positive impact in the future. Through this combined research and learning programme, we have achieved our aims: to contribute valuable data from this region to help increase understanding and inform decision-making, and to help to inspire the next generation of ocean scientists. It was certainly an experience that I won't forget.

Watch this video about the voyage.

Read more about the project here.

Read the article ''Sailing towards a plastic-free ocean - action on SDG 14 to increase understanding of ocean debris'' in the publication ''A Better World'' Vol 6 here.