Visit the catalogue of assessments

Can we help you?

Science–policy interfaces are critical in shaping environmental governance. However, the most effective means of connecting science with policy is debatable. Most international environmental conventions have their own scientific advisory bodies, and science has delivered many assessments, syntheses and reviews to inform the conventions' implementation. And yet, science and other forms of knowledge are not used effectively in policymaking; and policymakers do not always effectively inform scientists about their needs for scientific knowledge.

Growing awareness of the importance of effective interfaces between science and policy has triggered a range of initiatives. In the area of biodiversity governance this led to the establishment of the Intergovernmental Platform on Biodiversity and Ecosystem Services (IPBES) in 2012.

However, the establishment of IPBES was only the first step. Processes need to be developed for its effective implementation and to deliver its work programme. Science–policy interfaces are complex; understanding what they are and how they work, where and why they fail, and how to improve them, is a significant challenge for IPBES as it implements its first work programme for the period 2014-2018.

Over many years, UN Environment World Conservation Monitoring Centre has built significant expertise and developed long-standing experience at the boundary between science and policy in the context of biodiversity governance. We work with many international processes, and have played a significant role in a wide range of international assessments of biodiversity such as the UK National Ecosystem Assessment and the fourth edition of the Global Biodiversity Outlook.

Our most significant contributions have been:

UN Environment World Conservation Monitoring Centre brings a unique combination of scientific and technical expertise, understanding of assessment processes, and experience in political processes and international environmental governance. This allows us to provide technical advice, facilitate intergovernmental processes and bridge science and policy arenas. This work is led by Jerry Harrison, Head of Convention and Policy Support Programme, and is carried out by Claire Brown, Neil Burgess and Daniela Guarás. 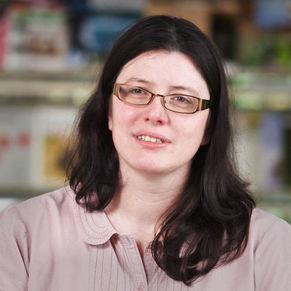